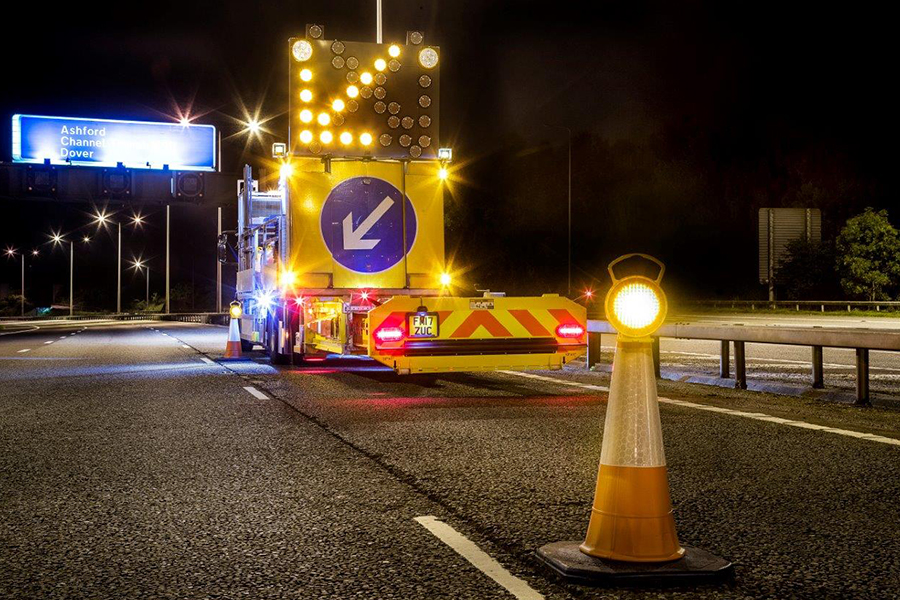 We’ve been contacted by King to edit a video on road safety testing.

King (Highway Department) contacted us at Park Pixel to edit some videos they have filmed. These wanted them to be edited with intro poster, graphics for speed and distances between pillowcases. The video will be used to compare how road users react and understand the placement of cushion cars, when they block one or more lanes on the motorway.

The videos were filmed on M5 and we got the following description about the assignment:

My company has performed testing on the M5 motorway to determine how driver perception changes when approaching stationary safety vehicles. The distances between the safety vehicles was modified for tests along with the approach speed for different test vehicles. To compare the affect of different spacing at the same speed.

King works with Highways England which is a British state company that was established in April 2015 through a transformation of England’s public road authority, Highways Agency. King is also part of The Martin Group of Companies. Although they run King Trailers, King Highway, King Rail, Safety Vehicles and King AVMS.

We thank you for the assignment and look forward to carrying out several projects for international customers.